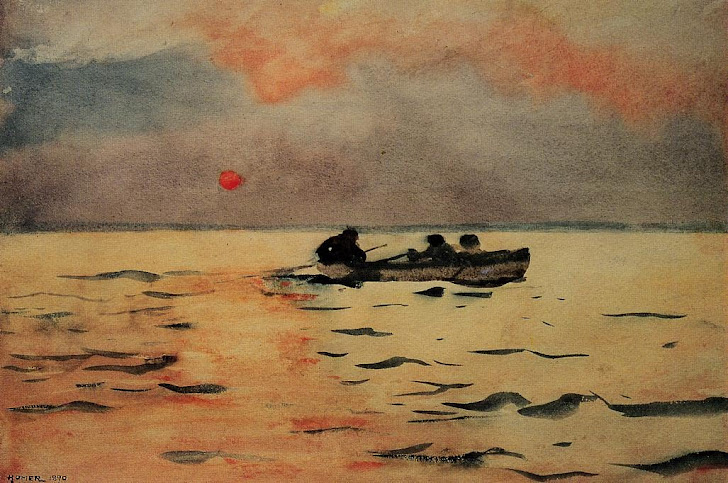 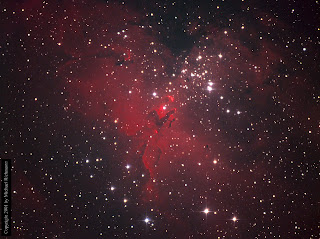 It's easy to forget that we're quite forgettable--on a cosmic scale, that is. The Earth, after all, is a less-than-microscopic fleck from about 4.5 billions years ago, going around a sun that is one of perhaps trillions upon trillions, in a solar system that is perhaps one of trillions upon trillions, in a galaxy that is perhaps one of billions upon billions, a galaxy so large that we can scarcely even foresee traveling in a spacecraft to Pluto, much less anywhere near the edge of the Milky Way, much less to the super-massive black hole at the center of our galaxy, much less to our nearest galactic neighbor, Andromeda, much less to--but you get the picture.

But we are. And more so than you or I can begin to imagine.

And yet it is easy to forget this, even if we've studied it. It is easy to drive down a long road and be impressed by the sheer distance we have to go to get to from Point A to Point B; it is easy to look at other largenesses, like skyscrapers and mountains, and to forget just how smaller-than-small even they are, pitted against the rest of the universe. It is easier still to be caught up in our conversations, our day-to-day interactions, with others, and to think, at least subconsciously, that it is those that take up all the space in the world. Love and fear are the great space-fillers; and there's nothing wrong with that. I love love. And in so much of life, simple interaction between two persons can seem to require an infinite bridge, as though, even if we are face to face, we are still universes apart; Schopenhauer, and later Freud, referred to something like this as the hedgehog's dilemma, whereby we cannot get too close to one another without hurting each other (i.e., the hedghogs' spines will cause some problems), so we must find the right distance at which we can coexist in comfort. So it goes. I am willing to bear pain for someone I love, and I have no problem, after all, with my cosmic insignificance. But I accept it.

The problem, of course, is that many do not even know how tiny we are to begin with, much less to forget or subconsciously replace it with something else. And if you do not know anything about the universe, it is easy to think your world--your island, city, town, village, neighborhood, home, room, the grand ampitheater inside your skull--is truly all there is. And we all do this, at some point. We forget. We forget the rest of the world exists when we get dive, descend into something specific. And when we reemerge, when we untangle ourselves from our webs like the Lady of Shallot in her sad castle, the world briefly becomes new again: yes, there is an entire island beneath my feet, and there are continents there, and they are large, and there are entire wars, rallies, movements, life-changing experiments, beauties, horrors, births, and deaths occurring in them all at once. Often, we do not really understand this, though; at best, it's usually just a vague truth, perhaps reinforced by images on the news of distant conflicts in distant lands that may well seem unimaginable to us until we are similarly caught up.

At such times, it is easy to think the horizon is all there is to see.

Religion, on the surface, makes so much more sense in small areas. After all, when your village is all there is to know, it is not hard to feel as though you must be special. This is partly why religion seems to have taken root so easily in the Caribbean, all history aside; the clear borders of our islands become, at least subconsciously, our mental borders, and the events in our island seem somehow to be those of the world. But this is by no means restricted to islands, nor is it a necessary result of insularity. It can--and does--happen anywhere, as long as we believe ourselves to be beings who are large enough to matter on some cosmic scale--a scale that most do not really begin to envision when they think like that. How, after all, can we imagine that we are the center of all that is, and all that is around us is just there for kicks and has been there for as long as 13.7 billion years, the supposed age of the universe?


Mind you, our place in a large universe isn't a new question by any means. The idea that Earth was not unique and that the other planets around us were inhabited was huge up into the early twentieth century. Many believed that at least some of the planets around us were earthlike and contained life; Emanuel Swedenborg went so far as to claim that every planet around was inhabited. Comforting as this view might have been, it presented theological problems. If we weren't the center of the universe, as Aristarchus, Copernicus, and Galileo had pointed out, now we weren't even the only planet with life; what did that mean for religious teachings that pointed so firmly towards the Earth? Swedenborg "solved this" by claiming that every planet was not simply inhabited but inhabited by beings who embraced the Christian faith. I myself was once told by someone that if other planets have life, it doesn't disprove Christianity, since that religion only applies to Earth. Possible as that argument is, it's an absurd reach and implies cosmic deception--a term itself wonderfully absurd. Nonetheless, some situations where people claimed to have found life elsewhere in the universe involved false claims of creatures that had no religion, and, of course, the missionaries were in position. There is a great story about John Herschel, son of the great astronomer William Herschel (who himself believed the interior of the sun was inhabited), being misquoted in a newspaper in 1835 about the moon being inhabited. The public believed the misinformation, and before Herschel clarified the matter, a mid-West preacher had already begun collecting subscriptions for bibles to send up to the lunar inhabitants.
So it goes.

Unless we see beyond our horizons--literally and otherwise--I'm not terribly hopeful for change in the region. But I'm definitely glad to see that there is a growing, if currently small, movement of skeptics and information-seekers in the region. Still, there are still too many who do not look beyond the horizon, and, when you try to show them what is out there, they tell you to stop, as though you are either committing some kind of crime or are hurting their worldview. The latter, to be sure, is probably true, but the truth is the truth, and there is no need for it to hurt (unlike, say, in The Matrix or BioShock). In the novel Two on a Tower, Thomas Hardy's young astronomer, Swithin, tells his future lover that no one who wants to be happy should take up astronomy seriously, since the distances one will uncover are ghastly and monstrous; Edwin Hubble, who discovered (or, technically, took credit for the idea) that the universe is expanding , claimed he felt like he was in a Buddhist trance after a night of observing the night sky. But after the horrors and before the trance, there is astonishing, if spare, beauty to be found.
If more people knew a few basic facts about astronomy, I think we'd have more skeptics, or, at least, fewer people who literally treat their island like the universe itself (galaxies, somewhat ironically, were once referred to as island universes). So, the next time you find yourself faced with a fundamentalist in an argument, consider, if you haven't already, just talking a bit about the universe. At the very least, it was what got me wondering and wandering; and, if nothing else, what better than bringing out the distances in the night to narrow other distances here on our lonely planet?
Look up.
Posted by Jonathan Bellot at 8:25 PM